We have exciting news! We are publishing our very first CD as part of the University of Huddersfield’s new record label: Pennine records.

This new record label is the product of a collaboration between the University of Huddersfield Press and the School of Music, Humanities and Media.  The purpose of the label, driven by a vision by Huddersfield lecturer and scholar-performer, Dr David Milsom, is to espouse a range of research-derived responses to historical music, and if this sounds like a wide remit, it is indeed so. The launch disc of violin and viola sonatas by Johannes Brahms experiments with the incorporation of historical performance scholarship into what might be described as ‘modern instrument’ performance, seeking to demonstrate how academic research into performance styles can affect far more than just specialised ‘period instrument’ renditions. Future discs in the series are going to include divergent and experimental recordings: digital versions of brand new recordings made by pre-electric recording processes in order to demonstrate and discuss the limitations and possibilities of such forms of recording (in which Dr Milsom is joined by Dr Inja Stanovic, currently a Leverhulme Post-Doctoral Research Fellow based at Huddersfield), as well plans for  a disc of seventeenth-century chamber sonatas by Huddersfield-based baroque chamber group, Four’s Company. The label will act as a ‘shop window’ on the depth and breadth of historical music specialisms by University of Huddersfield performers and researchers.

This CD comprises Brahms’ op 120 viola sonatas, and the op. 108 violin sonata, performed on modern instruments, but acting as a creative interface between the relatively new research and performance field of ‘romantic’ string performing practices, and the use of modern instruments: a creative fusion, so to speak, between current ‘conservatoire normative’ practices, and avowedly ‘historically-informed’ ones. Dr Milsom is joined by his long-time chamber music partner, Jonathan Gooing, who is currently undertaking a PhD in historical chamber music performing practices at the University of Huddersfield. Whilst the works are very well-known, the manner of performance seeks to relax and modify a number of ‘modernist’ performance style elements, and is receptive to a range of nineteenth-century practices (such as some rhythmic freedom, piano arpeggiation, and string portamento) usually confined to much more specialist audiences and environments of scholarly research.

We asked David for some comments on this work and performance:

And on the matter of performance styles, he commented:﻿

Most people who listen to so-called ‘classical music’ are aware that, in recent years, a number of performers have been interested in historical styles of playing and ‘period instruments’. This move to ‘authenticity’ has its adherents, and its detractors, but what might happen if a period instrument scholar-performer seeks to show how crucial aspects of performance style from the past can infuse and influence modern instrument performance? This CD aims to illustrate and exemplify this and hopes to offer colourful and personal readings of these three seminal sonatas by Johannes Brahms. 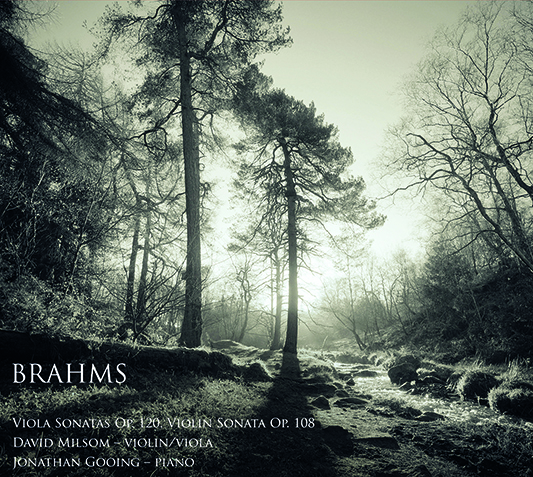 As this is an Open Access ‘publication’, you can listen to these wonderful performances on our website. And make sure to keep an eye on our page and social media for more news as we have more projects brewing for 2021-22!