Tomorrow, 28 th June 2019, marks 100 years since the Treaty of Versailles was signed, nine months after the fronts fell silent with the eleventh strike of the clock, on 11 th November 1918. The treaty, drafted by the ‘Big Four’ – George, Clemenceau, Wilson and Orlando during the 1919 Paris Peace Conference, marked the official end of the First World War. 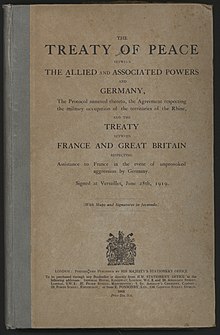 The 100 years that have passed between then and now seem like a fictional gap in time for those of us who have never seen war on our doorstep. Even more so when that fissure has been filled with further wars that seem like bad dreams or cruel stories that fill children’s history books and classrooms. It is easy to forget the reality when the faces of soldiers are seen in speckled sepia and footage of bombs and bodies crackle and burn silently in black and white. Apparently, it is easy to forget the reality when we see the warning signs on the news today; the same pointing fingers and podiums and poisoned verses. Apparently it is still easy to forget, even though the wars are now in glorious technicolour and the evacuees don’t have gas masks in cardboard boxes strung around their necks. That is why we are taught about war, so the students don’t grow up to make the same mistakes as the people who wrote the peace accords, on both sides, who didn’t keep papers promises. That is why we read the accords and books about the accords, and watch television shows about the wars, the soldiers who fought in the wars, the bombs that killed the soldiers, and the planes that dropped the bombs - because we cannot forget. We are starting to. 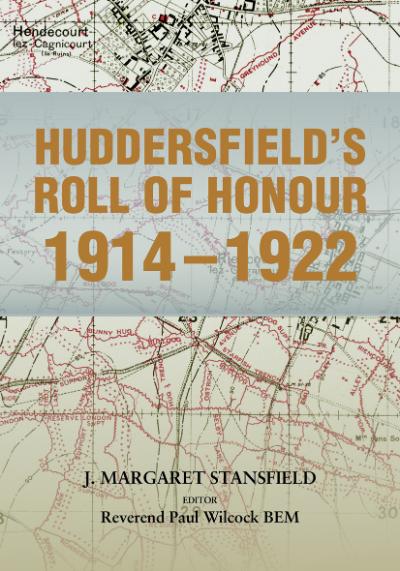 The late Margaret Stanfield’s life’s work, Huddersfield’s Roll of Honour , documents the 3,439 service personnel who lost their lives during the First World War. The book allows you to peer into a distant reality; with moving letters and accounts from the soldiers’ families, integrated within the extensive and poignant collection of names and identities. The names of the soldiers who fought to preserve us, to prolong the futures of children who would be born into a country very different to what they knew, into a very disheartening future, must be remembered and read and repeated. You can download the book for free HERE , or you can buy a beautiful hardback copy HERE .

You can also browse our collection of other books on local history on our website .