The old saying, ‘women should be seen, not heard’, seems archaic in today’s society. And yet the silencing of women’s voices and opinions is something we see in today’s world on a regular basis. Decisions made by politicians about women’s rights over their own bodies, and the escalating levels of abuse prominent female figures face online, are both proof that there are still those who work to silence women’s voices. It is important that we learn from the powerful actions of female figures in history, and continue to strive for the rights and recognition of all members of society. 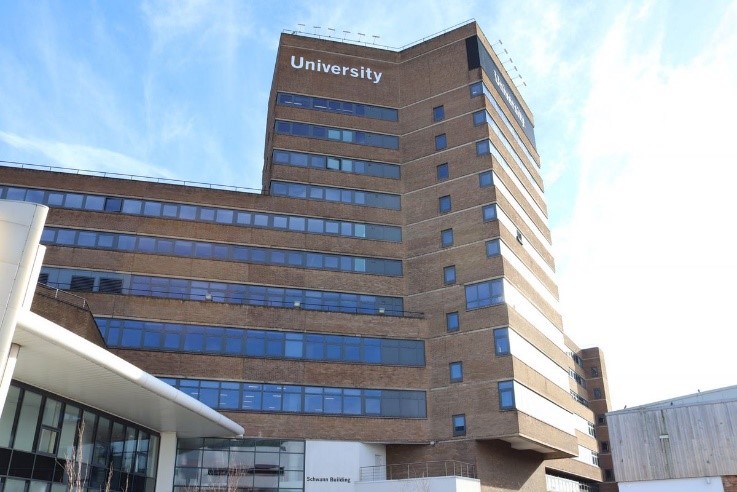 A significant figure in the history of women’s rights in Huddersfield was Henrietta Schwann.Henrietta and her husband, Friederich, eventually became the founders of the educational organisation that now resides as the University of Huddersfield. The Female Educational Institute and The Young Men’s Mental Improvement Society, founded by Friederich, merged in 1841 to form the Huddersfield Technical School and Mechanics Institute. 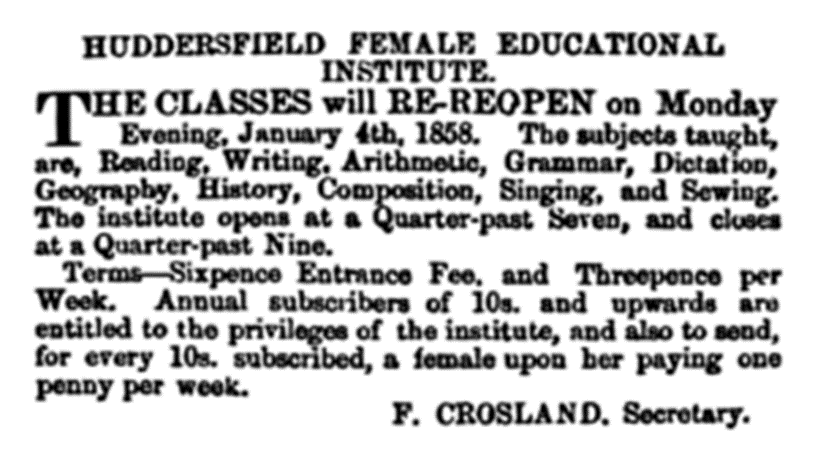 Henrietta Schwann is credited as being a vital figurehead in the founding of the school for female education, which provided evening classes to women and girls in the Huddersfield area for over thirty years before the union, and continued to do so under its new name.

Henrietta, her husband and her brother, Samuel recognised the need for affordable female education. For women who grew up in working class areas, such as the industrial heart of 19th-century Huddersfield, these few hours of tutelage per week made the difference between finding employment or staying at home, therefore enabling women take control of their own lives and finances. 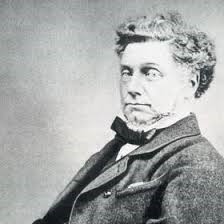 However, this woman, a figurehead of the promotion of female education into mainstream schooling, remains faceless; with no images of her remaining in existence today. Sadly, we can’t even know if any pictures were taken of her when she was alive, though we know what her husband looks like - his face welcomes you through the doors of the Schwann Building on the University campus. Although the building itself is named after both the Schwanns, it is unfortunate that her husband is all we have to remember Henrietta’s legacy by.

The lack of her portrait serves as a reminder of the tendency to exclude and silence female voices, something which we all have a duty to recognise and fight against.

You can check out our book The Making of a University by John O’Connell if you want to learn more about the fascinating foundations of the university.